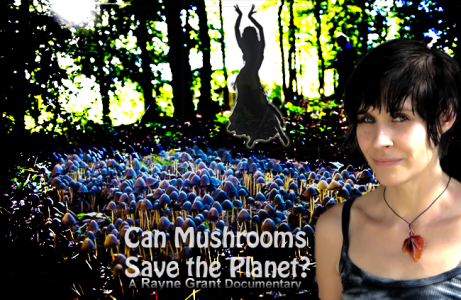 There is a legend, handed down through the generations from a source shrouded in the mists of time. Appearing mysteriously, in varying forms, in far flung regions of the globe, but particularly the South Pacific, telling a similar story various cultures speak of a mushroom with aphrodisiac effects on women.

In the Hawaiian Islands, the high islands of Polynesia, the islands of Samoa,Tahiti, Rarotonga, and the Marquesas.
They speak of a mushroom with peculiar properties; giving rise to tales of women who encounter this mushroom in the forest and fall into-ecstatic sexual fits of orgasmic proportion. Mamalo o Wahine, the mushroom that makes women go mad with desire!
Only when the gods are pleased will they bring
forth this magical plant, and only if a woman leads a good and
virtuous life will the gods reward her with this special treat just
for her pleasure. Or so the legend goes…
*****
But, is there truth to this old time myth?
And how could this benefit the world in modern times?
*****

(The very interesting Phallus shaped Hawaiian Stinkhorn)
In an effort to uncover the answers to these questions which occurred to me quite randomly, just as the folk lore itself seemed curiously to flit into my awareness most suddenly one blustery evening while searching for leads in my quest to unveil the mysterious properties of fungi, I ran across an article in the International Journal of Medicinal Mushrooms describing a strange and wonderful practice in Hawaii: women gathering together to search for a particular mushroom. Upon finding it, they inhale the aroma; the scent of which causes pronounced sexual arousal, often orgasmic in nature!
The Following is an excerpt from the article:

(The Stinkhorn-Very Phallus in Shape)
Studies Show:
According to a 2001 publication in the International Journal of Medicinal Mushrooms, the smell of the fresh fungus can trigger
spontaneous orgasms in human females. In the trial involving 16 women, 6 had orgasms while smelling the fruit body, and the other ten, who
received smaller doses, experienced physiological changes such as increased heart rate. All of the 20 men tested considered the smell
disgusting.  According to the authors, the results suggest that the hormone-like compounds present in the volatile portion of the gleba may
have some similarity to human neurotransmitters released in females during sexual activity. The study used the species found in Hawaii, not
the variety cultivated in China.  [44]”
———–
[44] Holliday JC, Soule N. (2001). “Spontaneous female orgasms triggered
by smell of a newly found tropical Dictyphora species”. International
Journal of Medicinal Mushrooms 3: 162–67. ISSN 1521-9437
http://www.dl.begellhouse.com/journals/708ae68d64b17c52,2e5fc0e3182d70db,6f3ed2921c9f3802.html

Okay, great, so this fungi is the real deal; great news for women the world over, but how can that be applied as a solution to the problems of the earth? It turns out that humans have a lot of pull in the planets ecology. In fact, warfare is a leading factor in many of our negative ecological impacts. For example pesticides are derived from formulas originally used in warfare. So, while it may seem a bit of a stretch to say that more satisfied people have less to fight about thus diminishing international wars, we have only to look at the bonobo’s matriarchal sexual method of conflict resolution to see that there may be something to the old slogan “Make love, not war”. In its most fundamental aspect war can be seen as an extenuation of human kinds inability to get along and resolve basic differences, beginning on an individual basis and extrapolating out to larger groups, and eventually whole countries. One of the greatest benefits of sexual health seems to be an increased sense of well being, but that is just the tip of the iceberg as studies have shown sex improves health not only in the mental arena, but also physiologically. Sexual interaction; boosts the immune system, relieves stress, improves heart health, builds trust and intimacy, prevents erectile dysfunction, and much more!   In my experience I feel that a strong case can be made for the following stream of cause and effect: “Healthy people, healthy minds, healthy planet/Unhealthy people, unhealthy minds, unhealthy planet.”

14 responses to “Can an Orgasm be Caused by the Scent of a Mushroom? – The Stinkhorn Mushroom”